Baitcaster Vs Spinning Reel (What Are The Pros And Cons?) A reel is just a piece of machinery linked to a fishing rod and uses a revolving arm to store, release, and collect fishing lines.

If you’ve already had a fishing reel, you know there are other options available.

If you’re a novice angler trying to choose a reel for your upcoming fishing trip, you might be concerned about which one to use.

Selecting the proper reel is crucial. It is the primary factor driving your entire setup.

Today, spinning and baitcasting reels are the two prevalent fishing reel types, but there is also a third type known as spin-casting.

In more detail, we will discuss the benefits and cons of these two types of reels (Spincast and Spinning reels) in the rest of this article.

Is a Spinning Reel Better Than a Spincast or Baitcast Reel?

What is a spincast reel? 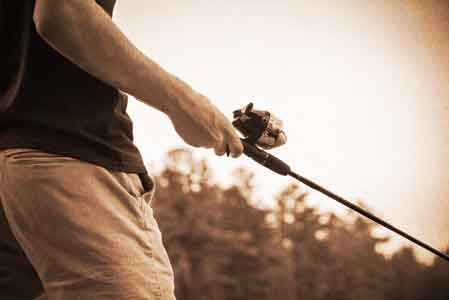 Spincast reels are a common variety and the simplest sort to use, making them ideal for experimenting.

Because they have fewer features than other types of reels, spin cast reels are also a fantastic option for those on a tighter budget.

However, they cannot handle line or tension during recovery because they lack a bail arm and a level wind.

On the other hand, the spin cast features a considerable cover that covers the spool and the line at the front of the reel and a button that you may press to choose between a locked and a free spool.

They also contain a mechanism for adjusting drag.

The drag adjustment mechanism regulates the amount of resistance a fish will experience while on the line.

How is spincast reel easy to use?

When using a spin cast reel, all you need to do is Press the spool control button, swing, and let go to cast a spin cast.

The line will shoot out to where the tip of your rod is pointing when you release the handle.

Just push the button one more when you decide it’s time to stop.

The spin cast reel is significantly less expensive than the other types of reels.

So, if you’re only looking for a low-cost reel, the spin cast may be an option.

A tangled line mess results from backlash, which occurs when the lure slows down after casting, but the spool does not.

The backlash isn’t a problem with the spin cast.

4) It is simple to switch between left and right hands.

It is simple, on the right side of the rotating reel, unscrew the dust cap until it comes out.

Turn the reel handle on the left side counterclockwise to unscrew it.

The right side of the reel, where you just removed the dust cap, is where you should insert the reel arm. Then, tighten by rotating the reel counterclockwise.

A spincaster is the most straightforward reel to use while teaching someone how to fish and for novice anglers.

The strength of spin cast reels is typically not their durability and not intended to last through several seasons.

Spincast reels tend to break down under pressure exceptionally quickly since they might be composed of plastic.

What is a spinning reel? 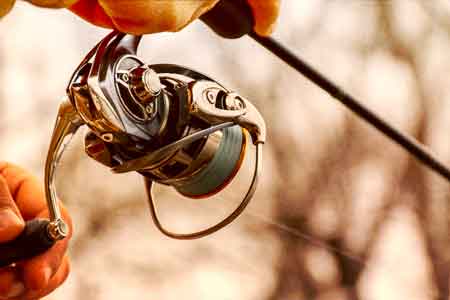 For most anglers, the spinning reel has evolved into a modern symbol.

They are available in various sizes, from extremely light ones weighing just a few ounces to powerful models that can catch big marine fish thousands of miles away, just like these best ultralight spinning reels.

The drag adjustment is on top of the spinning reel, which has an open-face design.

It has a metal bail that holds the line in place and prevents it from unspooling.

The bail is essential because it evenly guides the line back into the spool.

However, getting the hang of the spinning reel requires some practice.

Since casting a spinning reel requires lifting the bale, holding down a loop of line with your index finger, and flicking the attached rod forward, it’s more challenging than using a spin cast that requires just pressing a button.

However, it is worthwhile because a spin cast reel can match neither the casting range nor the control it affords.

You can store up to 150 yards or more of the fishing line on medium or large spinning reels.

Spinning reels offer a precise gripping position and superb balance when casting because they are attached to the rod from below (reel seat).

When using a spinning reel, it’s simple for the line to become tangled; therefore, when you throw the line out, remember to reset the bail to its initial position manually to avoid line twist.

How can you use a Spinning Reel?

Start by placing the reel arm between your index and ring fingers while holding the rod in your dominant hand.

Flip the bail open while pinching the line to the rod with your index finger.

Next, put your hand on the rod’s butt, your opposite hand.

To make the rod perpendicular to your body, raise it back over your shoulder.

Rotate the rod anti-clockwise from rear to front before swinging it forward.

After the cast, use your opposite hand to close the bail. To recover your lure, reel ahead.

A spinning reel is ideal when casting small jigs and spinners for trout in streams, sunfish, crappie, etc.

1) Available in a variety of variations

It provides a more natural grasp because it hangs below the rod.

Large or medium-sized spinning reels have the capacity to store 150 yards or more of fishing lines.

The spinning reel is more affordable compared to a baitcasting reel.

1) Backlash and wind knots are possibilities

It’s simple to get your line tangled if you’re not careful handling the bail.

Using a spinning reel is not as simple as using a spin cast.

Heavier lures don’t perform as well or cast as far on spinning reels.

The Primary Distinctions Between Spincast vs. Spinning Reels 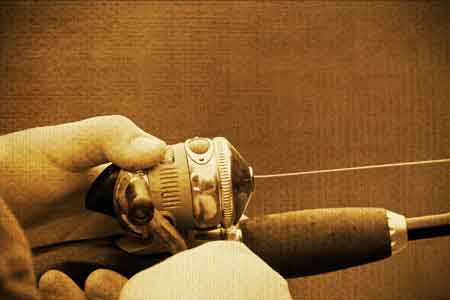 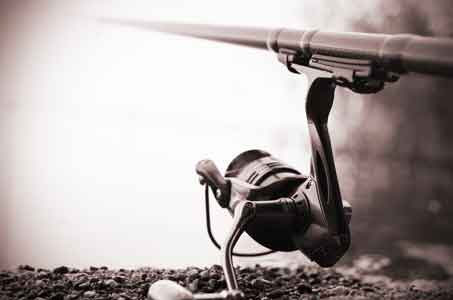 Spin casts have fewer features than the spinning reel or baitcasting reels.

The spinning reel is available in various sizes, from extremely light ones weighing just a few ounces to powerful models that can catch big marine fish thousands of miles away and a good fixed spool but the spin-cast on the other hand is limited.

Spinning reels in medium and large sizes can hold up to 150 yards of monofilament or braided line or more, whereas spin-cast reels have limited line capacity.

Spinning reels have a greater casting distance and can be used to access large bodies of water.

But not as much as the bait casters with a more vigorous pulling to decrease gear ratio.

On the other hand, the spin cast cannot cast that far and has no overall accuracy.

The spin cast reel is the simplest to use, making it ideal for beginners.

Experienced anglers, on the other hand, may prefer a spinning reel because it is excellent to use when casting small jigs and spinners for trout in streams, fly fishing, sunfish, crappie, or striped bass fishing.

Spincasts rarely last longer than a fishing season because they are not very durable, but most spinning reels spinning reels are long-lasting and functional for many years.

Reel maintenance is essential no matter the kind of reel you intend to choose because your reels’ lifespan can be significantly shortened by built-up dirt and water.

After every reel use, wipe off as much of the visible dirt and grime as you can with a soft, damp cloth.

Always use rods suitable for your kind of reel (Spinning rod, casting rod, or baitcasting rod).

Read through the reel’s operating manual if you decide to purchase a new fishing reel and practice casting in your yard or pond.

Ultimately, your situation, skill level, and the type of fish you’re trying to catch will determine whether you should use a baitcasting reel, spin caster, or spinning reel.

The fishing reels you need are dependent on what you intend to do with them.

I could advise choosing a spin cast reel if you’re a beginner.

If you don’t practice seeing what you can and cannot do with the right fishing reel, you won’t be able to use it to its full potential or how much resistance it presents, just like your other fishing gear.

Keep all you’ve read in mind, choose the right reel, and enjoy your fun fishing!

What are the differences between a spinning reel and a spincast reel?

Spin casts have fewer features than the spinning reel or baitcasting reels. On the other hand, the spin cast cannot cast that far and has no overall accuracy. Spinning reels have a greater casting range and can be used to access large bodies of water. Spin casts reels rarely last longer than a fishing season because they are not very durable, but the high-priced spinning reels are long-lasting and functional for many years.