What About the Bait

Praise the snook however you will.

There’s no denying that the common snook (Centropomus undecimalis) is one of the most important species to attract anglers to the Fishing Capital of the World.

I’ve been obsessed with snook fishing since I was a kid growing up in West Palm Beach, Florida.

My clients all want to catch them, so I’m lucky to make a living specializing in fishing for the species that I’ve grown so much to love.

And we’re all lucky that the Florida Fish & Wildlife Conservation Commission (FWC) does a careful job of managing the species.

Still, a couple of things have me really worried about the future of our snook.

Those worries boil down to the bait.

Decades ago, I watched our snook populations get into deep trouble. 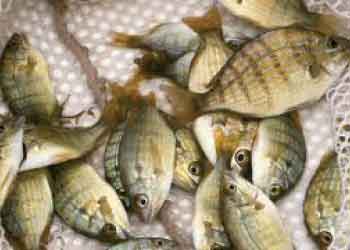 The really bad gear like large haul seines and gill nets were eventually banned, which seemed to help both snook and the fish that they eat, including pinfish, mullet, and threadfin herring (aka: “greenies”) that everyone likes for just about everything from snook to sailfish.

Meanwhile, state agencies learned more about the snook’s biology and what it would take to help maintain healthy populations.

Regulations evolved to today’s widely accepted and pretty conservative goal of managing both the Gulf and Atlantic populations at a 40-percent spawning potential ratio.

That means that we let 40 percent of sexually mature fish survive each year to reproduce.

It’s a number that hedges bets against things we can’t forecast, like the bad freezes and red tides that we’ve experienced pretty recently.

The science shows that keeping lots of mature fish around has allowed both populations to rebound pretty quickly from the 2010 freeze, though more on the Atlantic side than on the Gulf.

But if you look at the FWC’s page on snook management, under “Future Considerations,” you’ll see why I’m worried. It says:

“Future snook management must be tempered with the realization that during the past 50 years in Florida, more than half of the snook’s principal habitat, mangrove shoreline, has been lost.”

And now we’re losing seagrass at terrifying rates in the state’s best snook waters, including the Caloosahatchee drainage, the entire Indian River Lagoon from New Smyrna to Jupiter’s Loxahatchee River and it gets worse further south in the Lake Worth Lagoon.

I can’t imagine how these troubled waters can continue to produce enough pinfish for all those big females to feed on during their spawn in the summer months.

How about I do a little more explaining?

I learned a few interesting things about pinfish the other day from one of the biologists that helps advise the Snook & Gamefish Foundation on our positions.

Did you know that they spawn offshore late fall through early spring?

In the late spring and early summer, the juveniles move inshore primarily to find food and cover in seagrass and mangroves.

Of course, this influx of pinfish takes place right when the snook moves out toward the inlets and passes to spawn.

Between spawns, they hunt along the beaches and on the flats near the inlets and passes.

We all know that because these are the area is where we catch and release them at that time.

Those silver-dollar-sized pinfish provide snook with a lot of the calories that they need to generate eggs that are fatty enough to have a chance at becoming a snook. 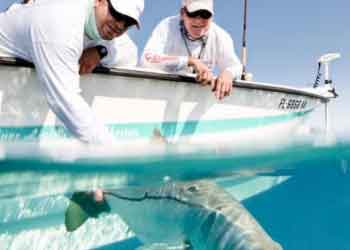 This issue is rightfully drawing attention at both the local and federal levels, and recreational anglers ought to continue to educate themselves on this issue so we can all contribute to the best possible management.

Several studies showed that the thicker seagrass promotes higher populations of pinfish and other forage fish.

And pinfish, as they mature, develop teeth that allow them to graze on the grass and the critters attached to it.

Other studies show that grazed grass grows faster and still others showed that an abundance of pinfish can make a positive difference in the grass’s favor when the water is full of harmful phosphorous and nitrogen.

But even as these horrific declines in habitat take place, guides like me have to be on the water fishing to make a living.

I need bait for that and I take no more than needed to get my clients through a day of fishing.

However, as a whole, we anglers are collectively catching a lot of bait. Those without the know-how can rely on the “bait guy” to supply it.

Meanwhile, it seems like every time I am in a tackle shop some young kid walks in and asks how to go about getting a “trash fish” license or the properly named “saltwater products license” so he can go hammer the shallows with giant castanets.

They catch a lot of things in those huge nets that snook and other predators eat, including pinfish, sand perch, pigfish, and croakers.

Those small bait fish are not “trash fish”, they are dinner for snook, “The rock star of nearshore & inshore sportfishing in Florida,” the Fishing Capitol of the World. 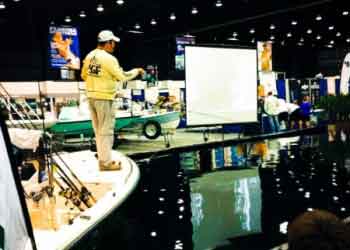 My point is that we’re putting a ton of fishing pressure on the bait and on the sportfish in waters that are getting sicker and sicker.

It’s good that we keep such a close eye on snook.

But I’m really worried about scenarios where a lack of forage causes snook numbers to drop off.

Shouldn’t we start paying just as much research attention to what snook and our other favorite game fish eat before we get any nasty surprises in the form of shorter seasons, smaller limits, or even outright closures in the not too distant future?